Director of Pastoral Practicum and Field Education; Instructor of History and Theology

After completing studies at Montana State University where I received a B.A. in English Literature, I was commissioned as an infantry officer and attended the United States Army Infantry Officer Basic Course, Airborne School, and Ranger School. I was then stationed at Fort Drum, NY, where I met my wife Kathryn and deployed in support of Operation Iraqi Freedom. Upon returning, I entered the Chaplain Candidate Program and began Seminary at Saint Tikhon’s Orthodox Theological Seminary in 2008, where I received a M.Div. degree in 2011. I continued my military training at the Chaplain Officer Basic Course and then served as a chaplain for the 98th Division (IT) in the United States Army Reserve. That assignment entailed ministry to units in eight states. Meanwhile, I served as acting rector for Saint John the Baptist Orthodox Church in Nanticoke, PA, and as an assistant priest at Saint Mary’s Russian Orthodox Church in Syracuse, NY. I am currently the rector of Holy New Martyr’s Church in Norwich, CT.

In May 2014 I left the Army and began teaching full-time at Holy Trinity Seminary that fall.

Currently I am pursuing an M.A. in Theology with an emphasis in History from Holy Apostles College and Seminary in Cromwell, CT.
I am also developing manuals for students in the Field Education program that provide practical information and resources not currently offered in other courses at the Seminary. These will prove useful particularly for priests entering their initial ministry settings 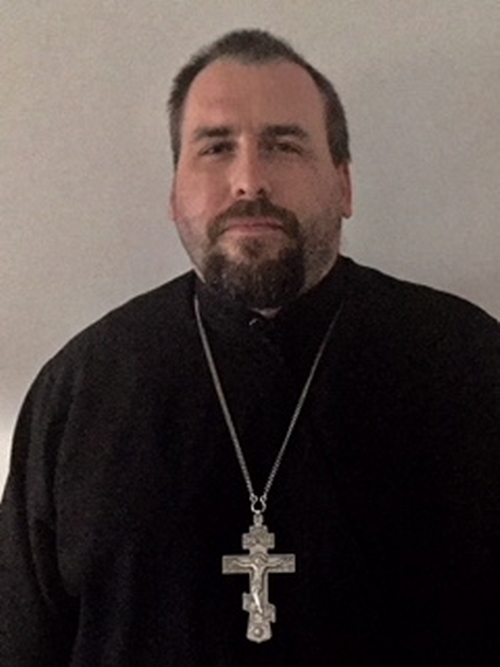