I am the current Faculty Director for the Certificate in Theological Studies (CTS) program. I also teach Introduction to the Old Testament I & II in the CTS program, and have been an instructor since 2015.

I am in the process of completing the final year of my PhD in Education at Queen’s University in Kingston, Ontario, Canada. My dissertation is entitled: “Happily Married or Trouble in Paradise? Saint Gregory Palamas and the Tension between Exothen (secular) and Kath’imas (spiritual) Education in fourteenth century Byzantium.”

Before returning to Canada in the summer of 2013 to pursue doctoral studies, I lived in Thessaloniki, Greece for four years. I studied a year of modern Greek (2009-2010) before completing my MA in Theology at Aristotle University (2010-2013). My thesis was entitled: “Academic Theology according to Archimandrite Sophrony of Essex.”

I am the current spiritual advisor and study-group leader for the Orthodox Christian Fellowship (OCF) chapter at Queen’s University, a position I have held since the group’s formation in 2014. I have led semester-long studies on Abba Dorotheos’s Practical Teachings on the Christian Life, Priest Daniel Sysoev’s Talks on the Passions, Protopresbyter John Romanides’s Patristic Theology, the biography of St. Porphyrios Kafsokalyvia Wounded by Love, and Archbishop Averky (Taushev)’s The Struggle for Virtue: Asceticism in a Modern Secular Society.

I am an Orthodox priest in the Canadian diocese of ROCOR, but am currently the parish priest (on loan to the Greek Orthodox Metropolis of Canada) at Dormition of the Theotokos Greek Orthodox Church in Kingston, Ontario. I was ordained to the Holy Diaconate in July of 2012 by His Eminence Archbishop Gabriel of Montreal and Canada at Holy Trinity Monastery, Jordanville, NY. Following my ordination, I returned to Thessaloniki, where I served as a deacon for one year. I was ordained to the Holy Priesthood by Archbishop Gabriel in August of 2013 on my return to Canada.

In 2004-2005, I studied Classics at the Master’s level at Dalhousie University in Halifax, Nova Scotia, Canada. This included classes in Ancient Greek and Latin authors. In 2004, I graduated with a BA in Philosophy and Great Books from St. Thomas University in Fredericton, New Brunswick, Canada. My thesis was entitled: “Synthesis: A Comparison of Bonaventure and Thomas Aquinas.” I also completed three years of Ancient Greek language study, and one of Latin, during this time.

I am a native of Canada’s East Coast and was raised Roman Catholic before discovering and converting to the Orthodox Faith during my early university years.

My current research focuses primarily on St Gregory Palamas’s Dual Epistemology—the one theological knowledge and the other philosophical knowledge—and the different methodologies proper to each. Furthermore, I am interested in the impact St Gregory’s dual epistemology has on secular and spiritual education in 14th century Byzantium, as well as in the potential ramifications for the education of Orthodox Christians today. 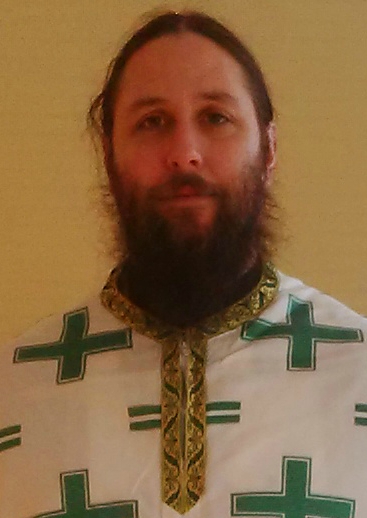