The Most Rev. Luke, Bishop of Syracuse

I was born in Philadelphia, Pennsylvania. I earned a Bachelor of Arts, majoring in in Russian studies at Hartwick College, then entered Holy Trinity Orthodox Seminary, where I earned a Bachelor of Theology and joined the monastic community of St. Job of Pochaev at Holy Trinity Monastery in Jordanville. I began my obediences in the garden, bookbinding, the icon studio, publications, and Seminary. I lived under the spiritual direction of the fathers at the Monastery, including the late Metropolitan Laurus (Skurla) and Archimandrite Cyprian (Pyzhov). I studied and earned my Master of Arts in Russian studies at Syracuse University, and later became a doctoral candidate at SUNY - University of Albany. After the death of Metropolitan Laurus in 2008, I was elected abbot. As the father superior of the Monastery, I also serve as rector of Holy Trinity Seminary, and I oversee St. Job of Pochaev publications.

As an example of some of my regular presentations, I spoke at the “Sacred Art, Sacred Music” exhibit at St. Jonah Orthodox Church in Spring, Texas, on March 1, 2014, on this topic: “The Knowledge of Icons that Leads to God.” I have also spoken at the St. Herman's conference on several occasions. Topic of my speech at the conference in Toronto, Canada, December 25, 2014 on this topic: “The Reburial of the Incorrupt Relics of Bishop Constantine Essensky.” 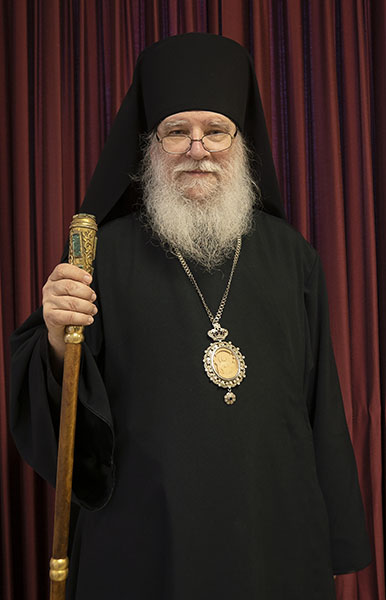