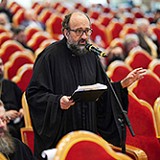 From May 26–28, 2021, a regular plenary session of the Inter-Conciliar Assembly of the Russian Orthodox Church took place in Moscow, in the Church Council Hall in the Cathedral of Christ the Savior. 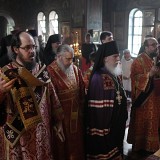 On June 29/July 12, the Feast of the Holy, Glorious, and All-Praised Leaders of the Apostles, Peter and Paul, His Grace, Bishop Luke of Syracuse, Abbot of Holy Trinity Monastery and Rector of the Seminary (HTS Class ’78) was honored by the monastery brotherhood, and the seminary and local communities for celebrating 40 years since His Grace’s ordination to the Holy Priesthood in 1981.

From May 26–28, 2021, a regular plenary session of the Inter-Conciliar Assembly of the Russian Orthodox Church took place in Moscow, in the Church Council Hall in the Cathedral of Christ the Savior. 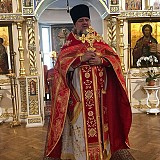 I am very pleased that Archpriest Andrei Sommer, dean of the main church of the Russian Orthodox Church Outside of Russia—the Synodal Cathedral of the Sign, agreed to speak with me and answer all my questions, telling me about the pillars of ROCOR, and about his own spiritual path. Here are his stories.—Olga Rozhneva 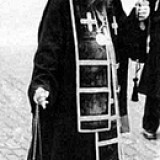 Archpriest George Larin, the Rector Emeritus of Holy Virgin Protection Church in Nyack, NY, is a treasure-house of the history of St John. He met Vladyka as a boy in his native Shanghai in the early 1940’s, and has felt his patronage his entire life. This is the second part of a two-part series. 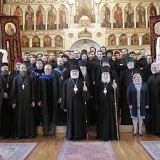 On Sunday, June 6, the Sunday of the Blind Man, commencement was held to mark the conclusion of Holy Trinity Seminary’s 73rd academic year. 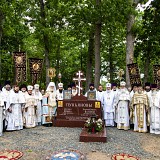 On Tuesday, May 25, 2021, the third anniversary of the falling asleep in the Lord of Protopresbyter Valery Lukianov, a delegation from Holy Trinity Seminary traveled to Lakewood to participate in the Hierarchal Divine Liturgy and the blessing of the permanent monument at Fr. Valery’s grave, which is located directly behind the beautiful cathedral which he designed and built.