Instructor of Scriptural Studies and Exegesis

Fr. John Boddecker was raised in the Niagara region of Western New York. Having developed an interest in Theology while a teenager, he decided to pursue his undergraduate studies in the area of Biblical Studies at Cairn University, outside of Philadelphia, where he was member of the school’s Honors Program. It was there that he began to narrow his academic focus to the area of Old Testament Studies, studying the Biblical languages of Hebrew and Greek, as well as other Semitic languages, to assist in this task.

Having received his Bachelor’s degree, he continued his studies in the Old Testament at the Toronto School of Theology, a consortium of theological colleges federated with the University of Toronto. There he studied historical and philological approaches to the Old Testament, focusing on Biblical archaeology, Ancient Near Eastern studies, and early Hebrew and Northwest Semitic epigraphy, while also studying theological approaches to Biblical interpretation, philosophical hermeneutics, and Patristic Biblical interpretation. At the completion of his studies, he wrote a thesis on E. B. Pusey, a nineteenth-century English churchman, Patristics scholar and Professor of Hebrew at Oxford, examining an unpublished series of “Lectures on Types and Prophecies of the Old Testament” in which Pusey attempted a modern retrieval of a Patristic typological approach to Old Testament interpretation as a corrective to the influx of German higher criticism which he was then witnessing.

During the course of his graduate studies in Toronto, and partly as a result of his reading of the Church Fathers at that time, he decided to terminate his process towards ordination in the Episcopal/Anglican tradition and was received into the Holy Orthodox Church. Not long after, he was married to his wife, Katherine. He then began studies for a second graduate degree, this time specifically in Orthodox Theology, with a focus on Byzantine Musicology, through the St. John of Damascus Institute of Theology at the University of Balamand. In addition to work on Byzantine musical history, praxis and chant performance, he wrote a thesis on the theological function of liturgical hymnography in the Orthodox Church focusing on the hymnography of his heavenly patron, St. John Damascene.

While in the midst of completing that degree, Fr. John was ordained to the Holy Priesthood by Metropolitan HILARION of blessed memory, in the Fall of 2013, at the Church of the Protection of the Mother of God in Rochester, New York. Soon after this, he wasappointed the Rector of Sts. Theodore Orthodox Church near Buffalo, New York, were he served until 2020.

Fr. John has been a member of the teaching faculty at Holy Trinity Orthodox Seminary since 2018 and lives in the vicinity of the Monastery with his wife and five sons. Prior to teaching atthe Seminary, he served as a Lecturer in the Department of Religious Studies at Niagara University where he taught courses in Biblical Studies, Christian History and Theology, and World Religions.

Fr. John is currently researching the relationship between sin, impurity and priestly ritual in the Septuagint Pentateuch and Hellenistic Judaism. His theological interests are specifically in the areas of atonement theology and the nature of revelation and authority (scriptural and ecclesial) in Orthodox theology.

I have given lectures and presentations in a variety of academic, ecclesiastical and other settings on various themes related to Biblical Studies, Byzantine Chant and Hymnography, and Orthodox Theology. 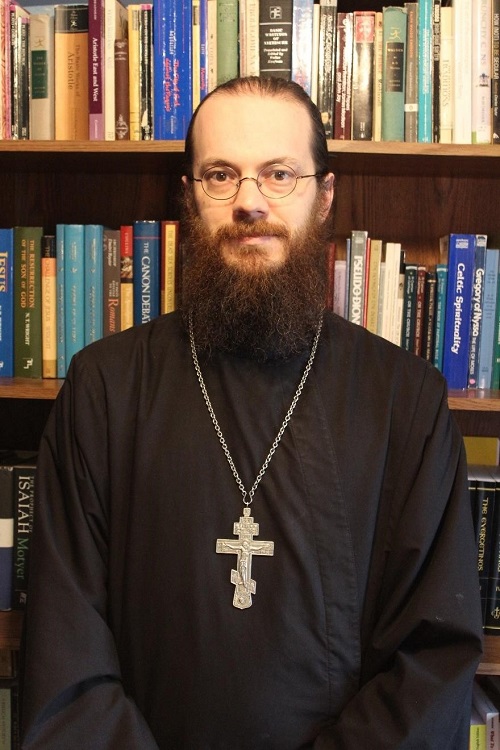