I was born and raised in the East End of Glasgow, Scotland, in a non-Christian family. I left school at the age of fifteen to pursue a life in the Royal Navy, in which I specialized in Electronic Warfare before transferring to the Intelligence Branch as a Communications Technician. I discovered Christianity and, subsequently, Orthodoxy during my tours of duty, which mostly saw me serving in the Middle East, the Persian Gulf, and the Horn of Africa, and was baptized in the Greek Orthodox Church in England, where my ship was based. After almost a decade of service, I left the military and, with the recommendation of my father confessor, came to Holy Trinity Orthodox Seminary to pursue theological studies in 2013. I entered the monastic brotherhood during my first semester in seminary and was eventually tonsured into the small schema during Great Lent in 2019. I graduated from the HTOS undergraduate program in 2017 and its first MDiv program in 2021, being ordained Hierodeacon and Hieromonk in the same year. My monastic obediences have included prosphora and bread baking, candle making, incense making, the monastery's bookstore, offering pilgrims hospitality, catechizing converts and Deputy Dean of Students and lecturer at Holy Trinity Orthodox Seminary.

I regularly speak to Orthodox parishes and youth/student groups on various aspects of Orthodox Christian life, most notably the Orthodox Christian Fellowship at various colleges, the Saint Herman Conference, and the Saint Seraphim Camp. Talks that I have given include "The Three Pillars of Christianity", "Five Steps to Sin - And How to Avoid Them", "The Way, the Truth, and the Life: The Uniqueness of Orthodoxy", "What is Monasticism?" "Monasticism or Marriage? Making The Choice", and "Truth Before Peace: The Message of Father George Calciu". 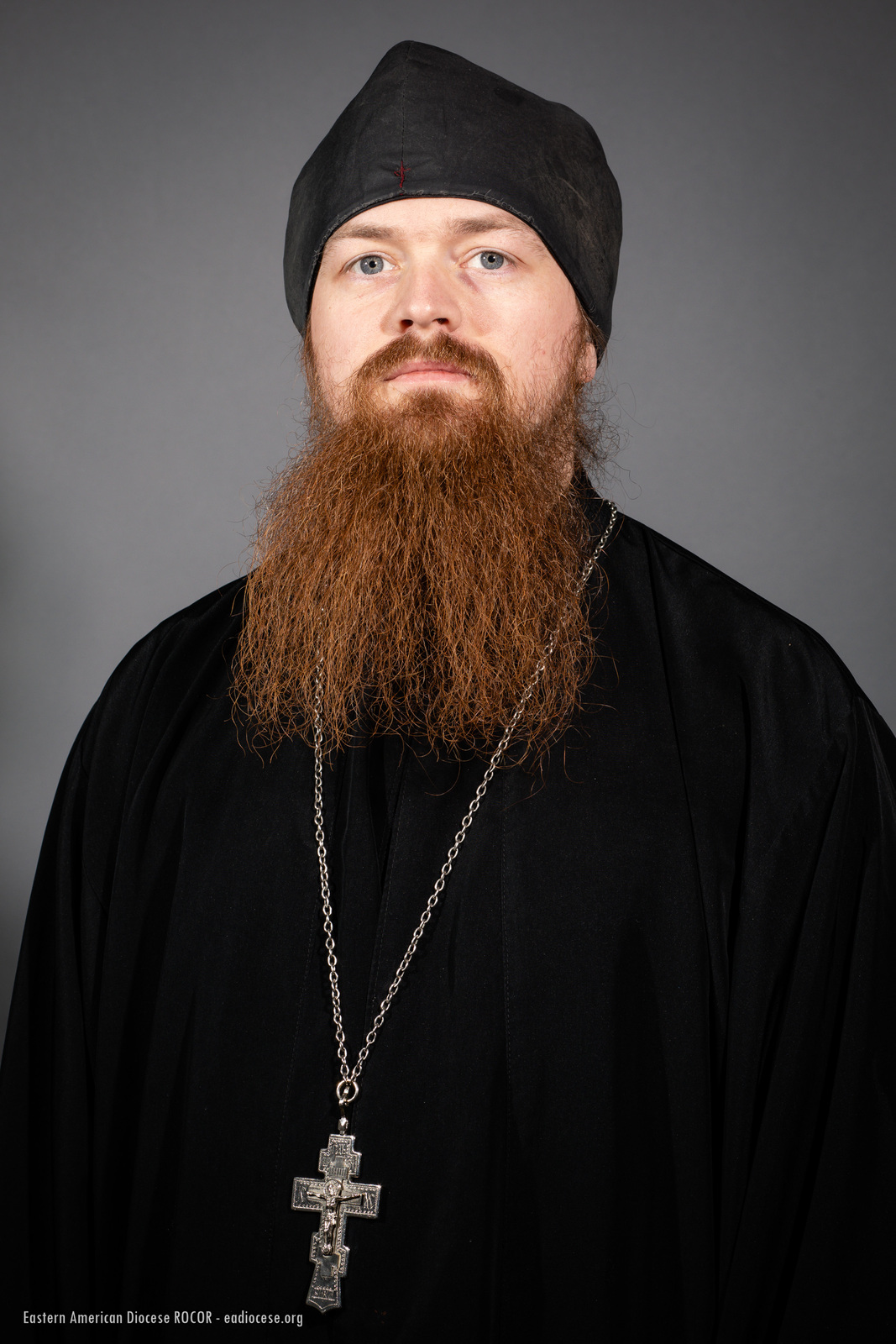