I was born in Chicago, Illinois, to a German American family and raised Episcopalian in the San Diego, California, area. I studied anthropology as an undergraduate and found Orthodoxy in my second year of college. Subsequently I went to St Vladimir’s Seminary for two Master’s degrees, with some cross registration at Fordham University. Later I enrolled in a Ph.D. program at the Graduate Theological Union in Berkeley, California, but cut short that program to go to Russia.

I became a Novice at Valaam Monastery, and then returned to the States and was ordained in 1994. For many years I oversaw the Late Vocations diaconal training program in the OCA Diocese of the West. In 1996, I established the Monastery of St John of San Francisco, in Pt Reyes Station, California, which moved later to Manton, California. There I served as spiritual father and abbot.

In 2008 I was elected Bishop of Ft. Worth, Texas, for the Orthodox Church in America and spent eleven days as Auxiliary Bishop in Texas before my election as Metropolitan (Primate) of the Orthodox Church in America. Among other duties, that included President of both St Vladimir’s and St Tikhon’s Theological Seminaries. In 2012, I stepped down from that position. I transferred to the Russian Church Abroad in 2015 and have concentrated on teaching and preaching at St John the Baptist Russian Orthodox Cathedral in Washington, DC, and St Herman of Alaska Orthodox Church (ROCOR) in Stafford, Virginia.

I have also been teaching Dogmatics and Catechetics for the online Pastoral School of ROCOR’s Chicago and Midwest Diocese and Dogmatics for the Certificate of Theological Studies program of Holy Trinity Seminary.

My main current interest is the formation of a program to assist clergy formed in Western traditions to transition to the Orthodox Church and priesthood. This includes dogmatic, liturgical and spiritual formation. A main research interest is the socio-cultural effects of socialist ideology on Western culture. A main current project is the publication of a book on monasticism in 21st Century American Orthodoxy.

I am a member of the Society of Orthodox Philosophers in America, meeting annually in Kendalia, Texas.
Recent presentations have been at Diocesan conferences of ROCOR in New Jersey and Australia, and at Holy Trinity Seminary, Jordanville; as well as local talks and retreats. 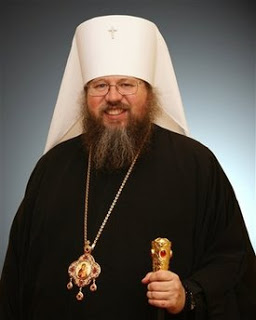