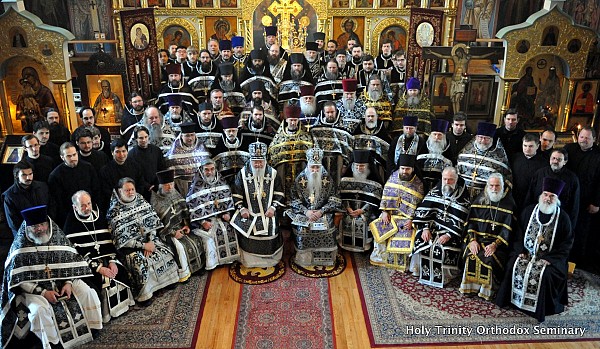 From March 12 -14, the Northern Lenten Retreat for the Eastern American Diocese was hosted at Holy Trinity Monastery and Seminary. On March 13, Metropolitan Hilarion opened the retreat by speaking about the 80th anniversary of the founding of the Eastern American Diocese. In the afternoon, a round-table discussion was held for clergy and seminarians. On March 14, a Hierarchal Presanctified Liturgy was celebrated by Metropolitan Hilarion and Bishop George.